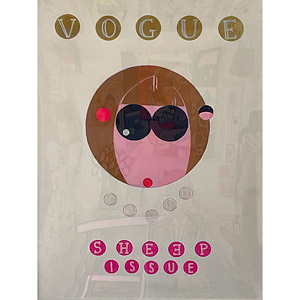 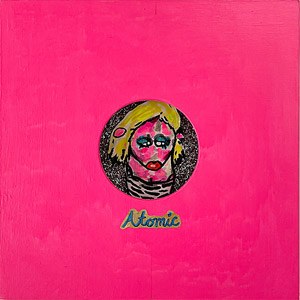 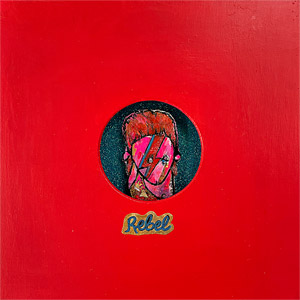 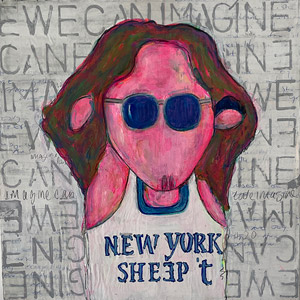 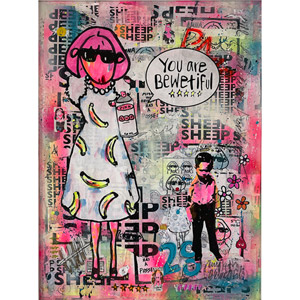 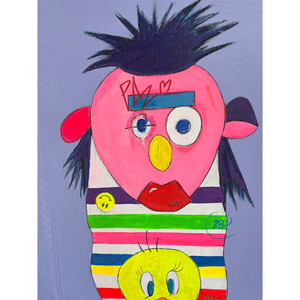 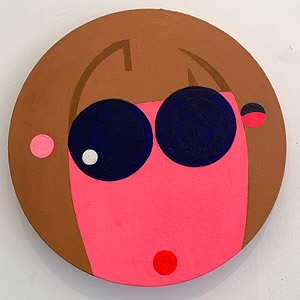 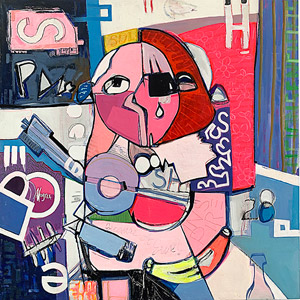 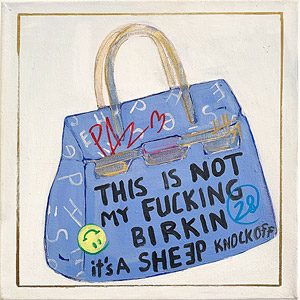 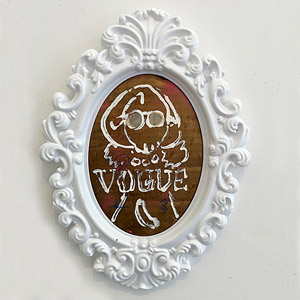 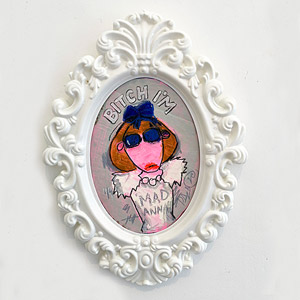 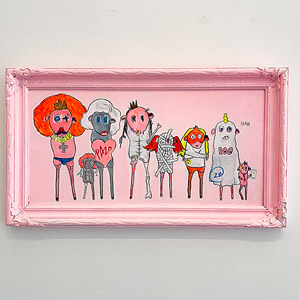 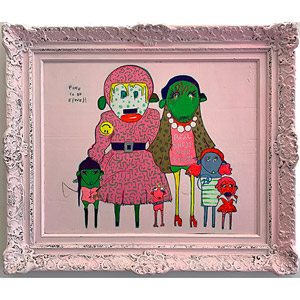 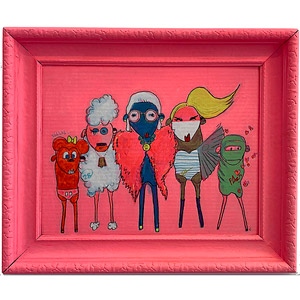 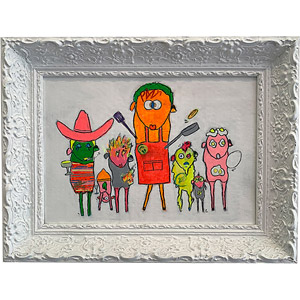 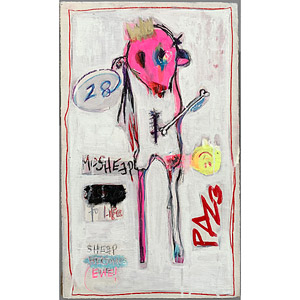 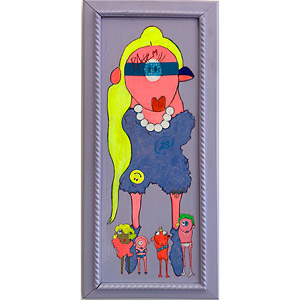 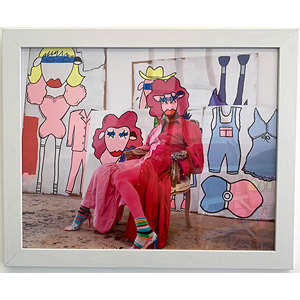 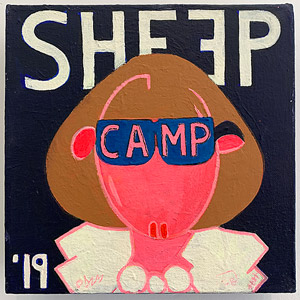 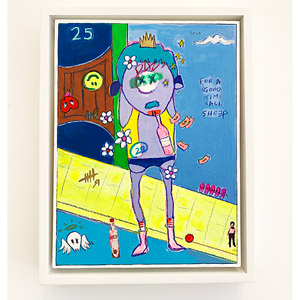 A California-based latin x queer street artist with uncommon discipline and work ethos in his practice, Ricky Sencion aka "Little Ricky" has been studying, developing, archiving, formulating his campaigns in the Street and gallery since 1998. As a gay male artist Ricky’s Pink Sheep are a part of the LBGTQ+ queer community and also the street art world. A huge art inspiration came from the biography of famous clothing designer, Alexander McQueen where the designer referred to himself not as the black sheep but as a "pink sheep". This began the turn to "Sheep" and his many characters Moonsters, starting as sticker art on the streets and now to complex layered canvases.